Last night was one of those pre-summer nights that Manhattanites long for all winter.  The Yankees were playing, the weather was warm enough to sit outside, and all felt right.  I met with a friend of mine at the Bryant Park Grill for drinks and gossip.  I'd been lucky enough to attend a few fashion shows in Bryant Park over the past couple of years but beyond that, hadn't spent much time there, it did not disappoint.
Once known as "needle park" for prevalent drug deals and related crimes, Bryant Park's nine beautiful acres were fully restored after four years of hard work in 1992 and have been wonderfully maintained ever since.

The lush gardens, old-fashioned carousel, and delightful and yummy restaurants that occupy the space would be a wonderful place for a number of events.


I love the ivy covered trellis and potted florals that decorate the entrance. 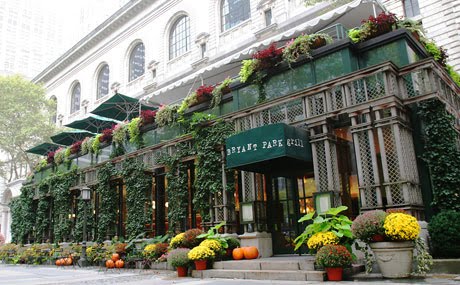 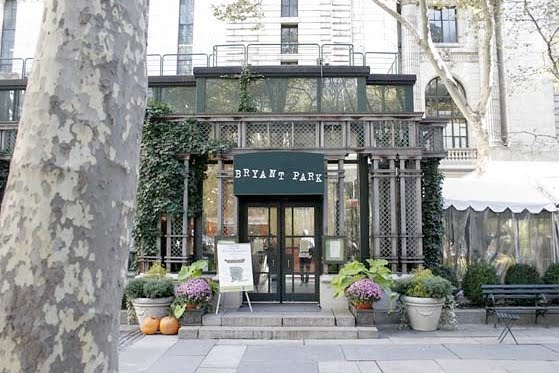 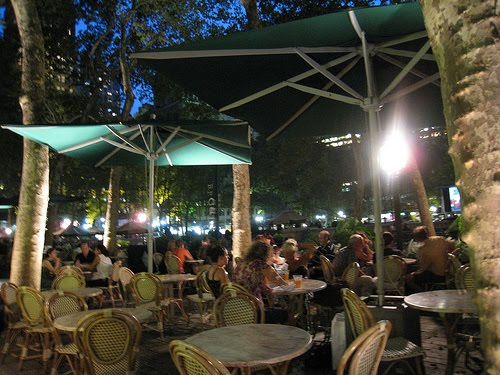 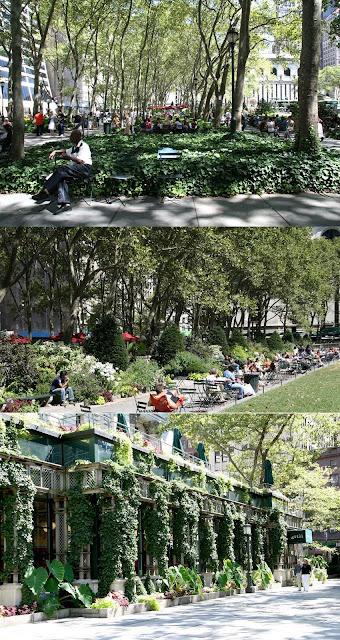 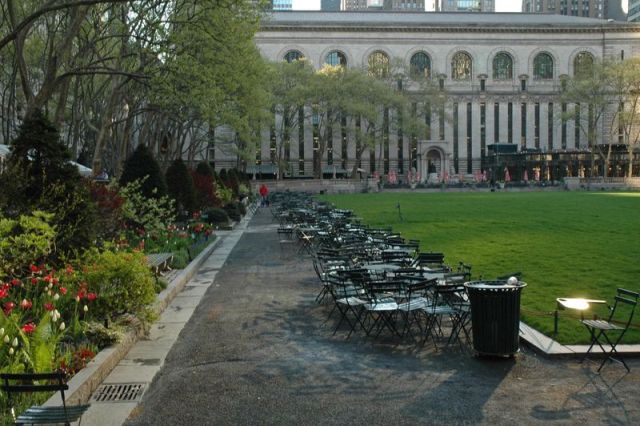 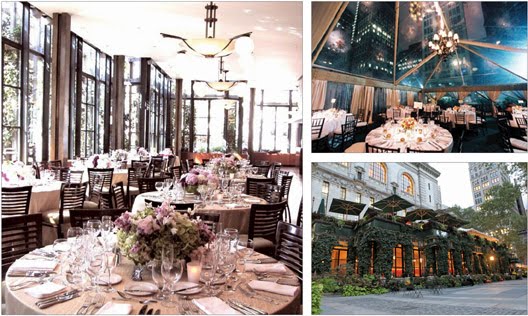 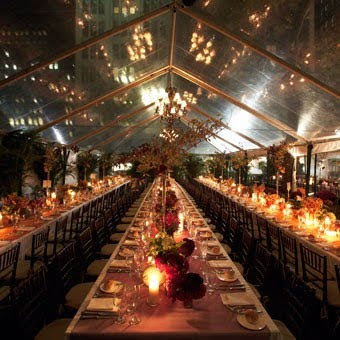 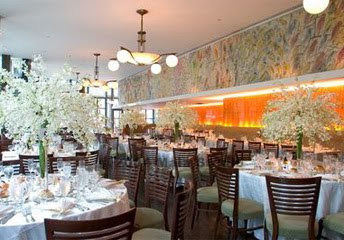 The carousel is a likely favorite for wedding photos. 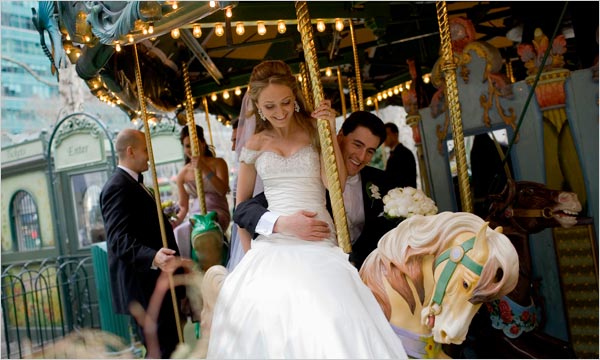 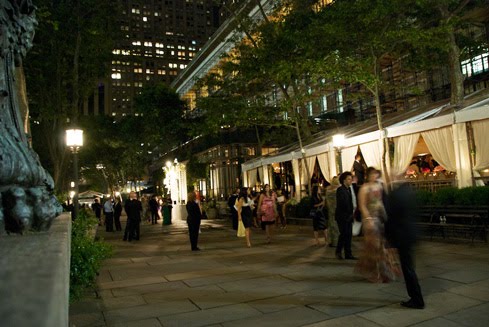