Last night KTW cooked a yummy and healthy meal for us.  Steak salad with cucumbers, red peppers, asparagus, carrots, etc., it's what Elaine would call, the big salad.  Anyway, we felt pretty good about eating such a lo-cal dinner that we indulged ourselves for dessert.  And not just any dessert, Emack and Bolio's.  I've lived in this neighborhood for a year now but have tried my best to stay out of this place, it's tough, you can smell the sugar cones from three blocks away.  Once inside, I knew I was in trouble.  Knowing that this exists only four short blocks away is dangerous.  The images below will explain.

However, before I get to those, I wanted to share a little history on the place that I learned this morning.  From Wikipedia:

"Emack & Bolio's is a chain of ice cream stores based in Boston, Massachusetts, United States. The chain was founded by Robert Rook, a lawyer and self-declared hippie who has worked closely with the homeless, Vietnam war protesters, civil and gay rights advocates, and numerous rock bands such as Aerosmith, U2, Boston, The Cars, and James Brown. Emack and Bolio's was founded in 1975, three years before Ben and Jerry's used the concept of a hippie ice cream store. There are now a few stores in other states, including New York, Florida, Missouri, Tennessee, and Illinois.  The mascot is now a red-eyed moose whose name is Stoney.

The store was named after two homeless men for whom Robert Rook did pro bono work, who asked that the ice cream shop be named after them.  Emack and Bolio were mascots of a sort for the first store."

Kind of interesting right?  I like going places like this that have a cool history, and chocolate espresso ice cream...


Sticking to it's rock-n-roll roots. 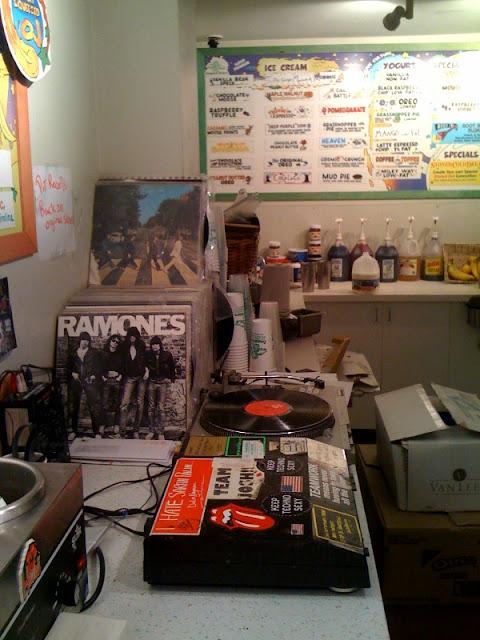 Cones covered in rice kripies and marshmallow, fruit loops, you name it. 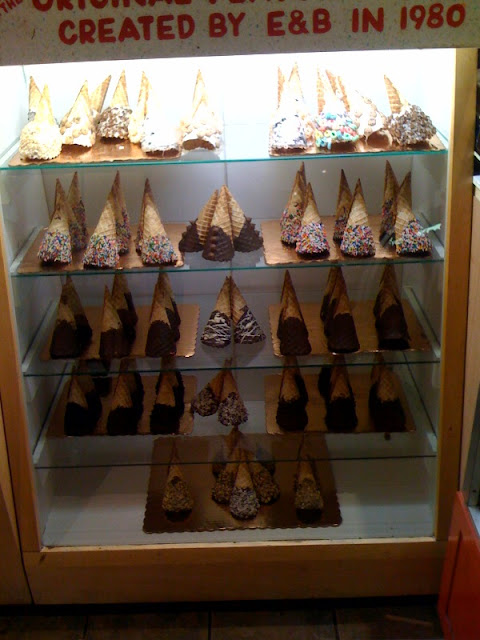 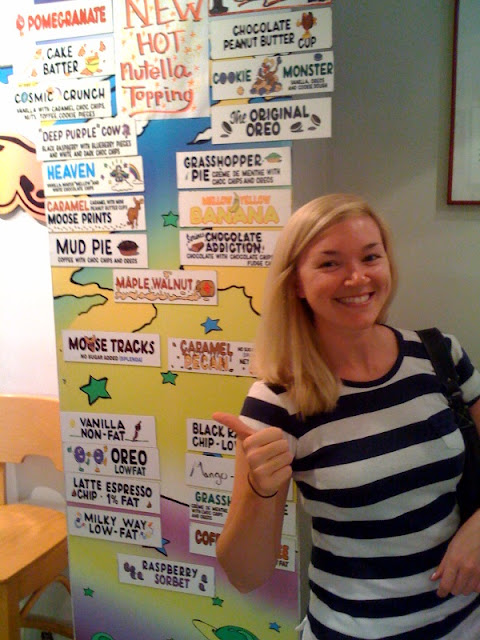 I have always wondered about this place! It's totally going on my list. My husband will be all over that Nutella topping!

I wish we had a place like that down in NC. This shop looks so neat.. and I can imagine how delicious it all is!

you get lots of credit for avoiding this place. personally, I can't resist coffee ice cream unless it's 10 degrees outside. who am I kidding--my name is Suzanne, and I am addicted to coffee ace cream. I feel better.